1st Congress of Economic Democracy: For a Share in the Future. 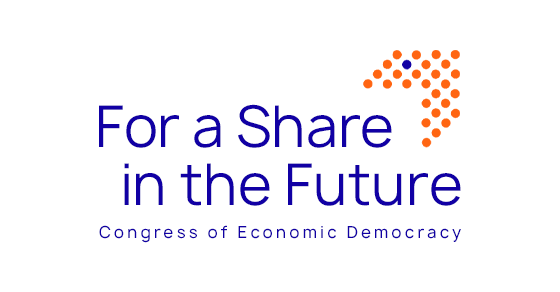 On October 6, 2022 at 6 PM, organized by the Institute for Economic Democracy, the first Slovenian Congress of Economic Democracy (KED) – For a Share in the Future will be held in the premises of the City Museum in Ljubljana.

KED is intended to promote economic democracy as a responsible, efficient and future-oriented ownership model for 21st-century companies, and to connect key stakeholders from this field at the Slovenian and international level.

At the event, we will present the best local and international practices of employee ownership as well as recent achievements and the vision of economic democracy in Slovenia, and above all, KED will be a unique opportunity for networking and sharing experiences regarding employee ownership.

Participation at the congress is possible by invitation to selected ambassadors and stakeholders from the fields of economy, politics, professions and the non-governmental sector, who advocate the ideas of economic democracy and are key to the development of this field in Slovenia, or by following the livestream online.

The program will also include a musical and cultural program as well as opportunities for networking and socializing with food and drinks.

Seems like something you shouldn’t miss? Register to get the link to the live stream here: https://forms.gle/qghjXsTJXrW2YoDC9

Are you a key stakeholder and would like to attend the event in person?
Contact us at [email protected], maybe not all places are taken!

I won’t be able to attend, but I want to watch the video of the event later.
Register: https://forms.gle/qghjXsTJXrW2YoDC9 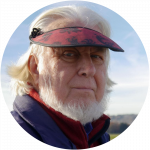 David Ellerman has written about the theory and practice of worker co-operatives and democratic employee stock ownership plans (ESOPs) for about half a century. After a decade in the World Bank, he is now retired and living in Ljubljana, Slovenia, where he is a co-founder of the Institute for Economic Democracy. His writings can be found on his website: www.ellerman.org. 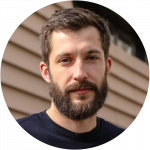 Tej Gonza is a Co-Founder and a Director of IED, where he works on policy, legislation proposals, and practical implementation of employee ownership models. He graduated from Economics at the Faculty of Economics in Ljubljana and continued his studies at Erasmus Institute for Philosophy and Economics at Rotterdam University, where he developed his interest in economic democracy. Currently, he is a PhD candidate working on employee ownership. Gonza co-designed the European ESOP, Platform ESOP, and European Marcora as three different generic models for spreading worker ownership 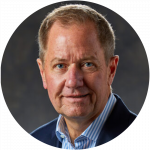 Stephen Smith is the CEO of Amsted Industries, a global manufacturer in the transportation equipment and construction industry that has been employee-owned since 1986.  He previously served as Chair of Employee-Owned S Corporations of America (ESCA), an organization which advocates for employee ownership in the United States.

“I am pleased to see employee ownership spread to other parts of the world like Slovenia, as I envision a day when a global company can be owned by workers throughout the world.” 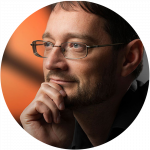 Jure Knez, PhD was born on July 15th 1974 in Trbovlje, where he also attended primary and secondary school. He continued his studies at the Faculty of Mechanical Engineering in Ljubljana, where he earned his PhD.

In 2000, he co-founded Dewesoft, a multinational company producing highly innovative data acquisition software. With an annual growth rate of more than 20%, Dewesoft is one of the fastest-growing companies in the industry, as well as one of the Slovenian-owned companies with the highest value-added.

The company also stands out for its ownership structure. Since the very beginning, Jure Knez has been supportive of employee ownership, as he believes the best guarantee for the long-term success of his company are its own employees. Dewesoft is currently owned by more than 80 of its employees.

“In Slovenia, we urgently need to recognize the value of our domestic capital. It’s more patient, socially responsible, and gives back to the community. We have to move on from the idea that foreign capital is more valuable.”

Matjaž Čemažar, Chairman of the Board of Directors of Domel Holding d.d. 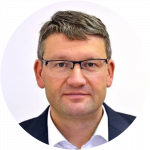 Since 2018, Matjaž Čemažar is the Chairman of the Board of Directors of Domel Holding d.d. Previously, he has worked as Head of the R&D department responsible for the development of Domel’s product range. As a member of the governing body of the University of Ljubljana, he represents the interests of industry in decisions about strategic development. Since becoming Chairman, Čemažar has been active in the field of employee ownership and associated legislation.

“Employee-owners feel closer to the company, they make decisions that are economical and rational. Ownership culture develops because employee-owners consider their share as a long-term investment for which they are responsible but which also grants them certain rights.” 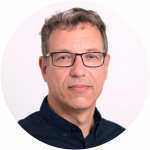 Peter Kosin, sportsman and numismatist at heart, is a trained electrical engineer. He has worked at Inea since 1994. In 2004, he became a co-owner of the company, and since 2010 he is its CEO. Kosin, who enjoys strong support among staff and has gained plenty of educational and professional experience abroad, has had a pivotal role in the processes of bringing Inea to international markets and putting the company on a path to internal ownership. He is guided by realistic optimism, common sense and a strong sense of care for others.

“Already by next year, Inea will most likely have more than 100 employees. If we want to continue to feel at home in our company and if we want it to benefit its employees and remain immune to external influence, then collective ownership is the only right answer.

The Congress of Economic Democracy provides us with a platform to help companies dealing with the problem of succession to transition to employee ownership. I hope that together with other advocates we can convince the sceptics that cooperative ownership is not a step backwards, but a step forward.”

Aleksandra Kanjuo-Mrčela, Professor of Sociology of Work and Economic Sociology at the Faculty of Social Sciences, University of Ljubljana 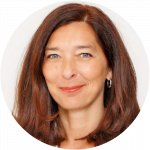 Between 1999 and 2001, she was a visiting scholar at the London School of Economics and Political Sciences. She has been a member of the European Commission’s expert networks in the field of gender equality and employment since 2004. She was vice-dean at the Faculty of Social Sciences between 2007 and 2011. Economic democracy is an important topic of her research and pedagogical work. From 2015 to 2021 she was the head of the Doctoral Study at the University of Ljubljana. From 2021 she is the head of Centre for organisations and human resources research at the FSS UL. She is a co-founder of the IED and a member of the IED expert committee. 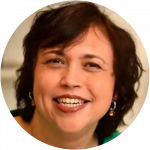 Pascale Nieuwland-Jansen, MA studied International Business and Indonesian Languages at the University of Leiden and Erasmus University Rotterdam (1997). In 2005 and 2008 she studied Human Resource Management (ISBW) and did a master HRM.  Since 2013, Pascale Nieuwland is Director of SNPI. Before becoming a director, she had worked as a Consultant at SNPI for 8 years.   SNPI, the Netherlands Participation Institute, is a non-profit foundation for the promotion of employee share ownership in the Netherlands.

It is time that we are seeking for a more central approach to financial participation in Europe.” 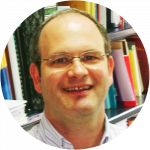 I am an American, transplanted to the Basque Country of Spain in 1995. As a professor at Mondragon University there and a member of its Lanki Institute for Cooperative Research, I teach courses on cooperatives and ownership of enterprise and do research and company training on intercooperation among cooperative firms and the effects of shared ownership at work.

“This Congress is a central piece of a strategy that will move Slovenia toward economic democracy, that is, more sustainable and fair enterprise development and general prosperity. Broadly shared business ownership is crucial to this strategy and the Mondragon cooperative group (to which my university is affiliated) is perhaps the most successful example of shared worker ownership in the world, an integrated network of over 90 advanced manufacturing and service firms and tens of thousands of working people. I hope to contribute to the Congress by explaining intercooperation in Mondragon – cooperation among cooperative companies – a series of interwoven policies and practices that make up a cornerstone of Mondragon’s success and durability over the last 60 years. These might well be adapted to the Slovenian context and help fortify the county’s efforts to build its own version of economic democracy.” 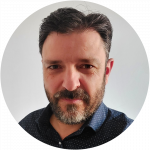 “I can contribute to the conference by talking about employee ownership practices in French companies and possible development paths in smaller companies where it is less developed. Moreover, another way of developing employee ownership in Europe is to be part of sustainable finance practices.”

Ermanno Celeste Tortia, Associate professor at the University of Trento 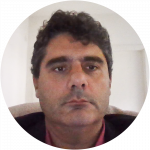 Tortia is an associate professor at the University of Trento, Department of Economics and Management. His research activity focuses on institutionalist theory of the firm, organizational studies, personnel economics and HRM, applied to research on third sector organizations: social enterprises, non-profit organizations and cooperative enterprises, with particular reference to worker cooperatives. He has also participated in research on the economic development of local systems.“As John Stuart Mill and Professor David Ellerman have stated, economic democracy and worker cooperatives represent the most advanced form of organization in the production and exchange of goods and services because they are capable of realizing the full liberation and self-realization of workers in the productive sphere. Because Prof. Ellerman has devoted several decades of his work to developing a model of worker cooperatives that can effectively replace capitalist enterprises, combining effectiveness and efficiency with workers’ rights and participatory governance, this event aims to discuss his model and other models of worker cooperatives that exist and thrive in competitive settings, such as the Italian and Spanish ones (particularly Mondragon). Comparing different models can provide further crucial insights into how worker cooperatives can evolve and achieve mainstream status in contemporary economies. My role will be to bring the Italian experience of worker cooperation into the discussion and to compare it with that of Spain and Slovenia. I will also provide some insights related to my research on worker cooperatives, particularly on the role of layoff and collective capital (indivisible reserves) in this form of ownership.” 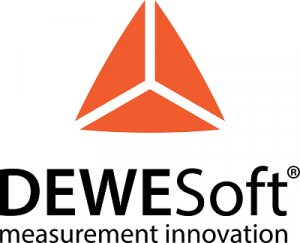